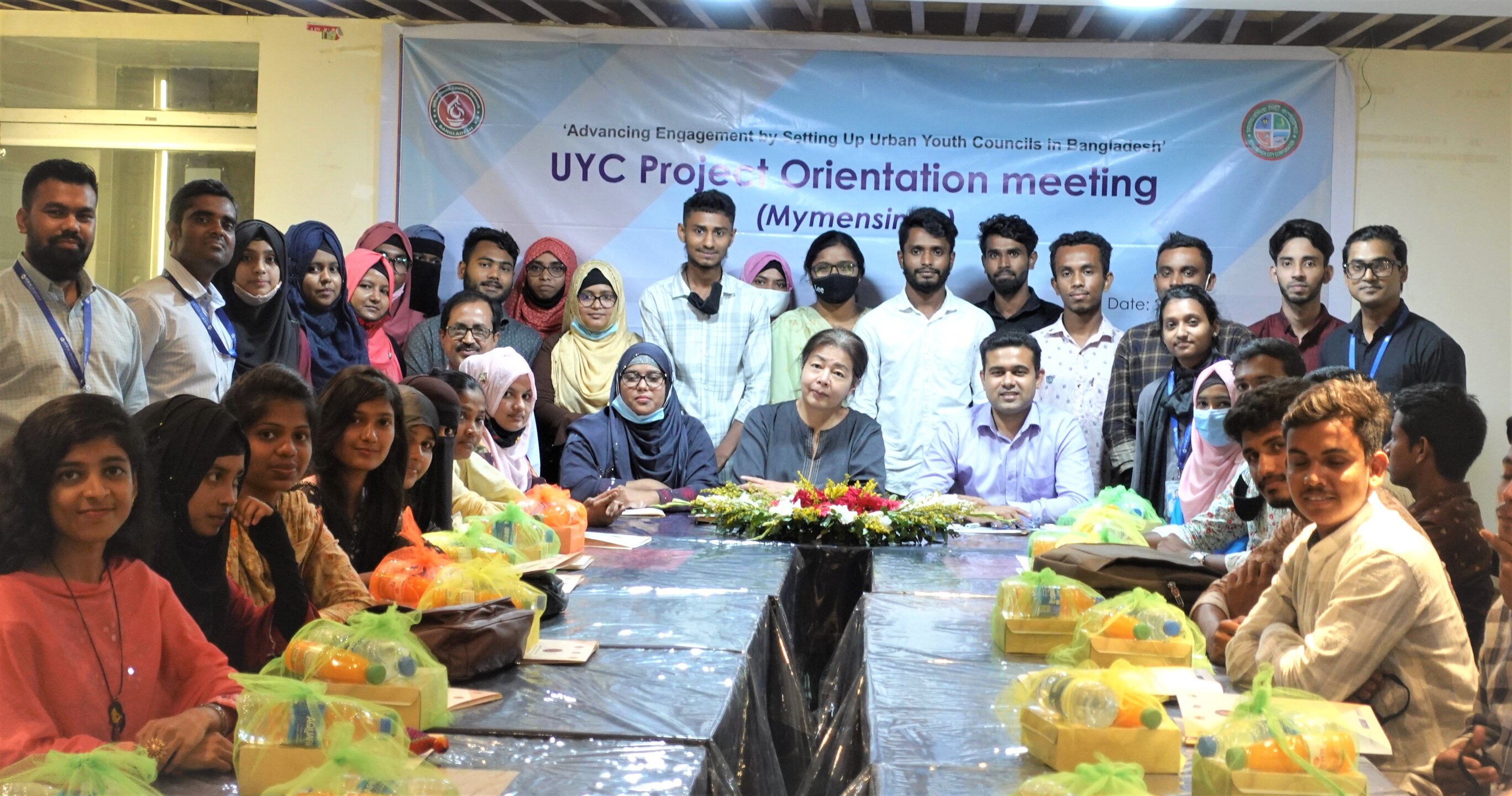 A project orientation meeting has been held in Mymensingh to form a city youth council to ensure their participation in decision making and introduce the project and start up the interim task force team under the initiative. The meeting was held on Wednesday (April 27) afternoon in the hall room of a restaurant in Mymensingh city.

This joint meeting with the Mymensingh City Corporation (RCC) was moderated by SERAC-Bangladesh’s Executive Director SM Shaikat, while the event was presided by the Chief Executive officer of MCC Md. Yusuf Ali. Deputy Executive Head of United Nations Ms .Mikiko Sawanishi, and Assistant commissioner Jannatul Mawa also attended as the special guest, and other speakers including city councilor Sharmin Akter Mitu were also present on this meeting. The meeting marked the beginning of the official journey of an impermanent task force of fifty young men from the City Corporation area. The meeting was also moderated by Md. Selim Mia, Program Assistant Director of SERAC-Bangladesh.

The host organization, SERAC-Bangladesh mentioned, this project will enhance the capacity of civic engagement among the youths of this city, and engage them with a participatory democratic and electoral process, where they will nominate and elect their own representatives to take their issues to the city corporation and formal spaces. The city youth council will also advise the mayor regarding meaningful youth presence in the planning, implementation and monitoring of development activities in the city. Which will support the government to achieve SDGs 11, and 16 at local level.

Through the project, in collaboration with Rangpur City Corporation, guidelines of city youth council will be prepared, council will be formed, youth voter list will be prepared and city youth councilors (20 youth councilors in each city corporation) will be selected from among the enlisted youth. The proposed council will work to develop youth engagement and skills at the local level through membership in the Bangladesh Urban Youth Councils Network and the World Urban Youth Councils Network, respectively, at the national and international levels.

It should be noted that one third of the total population of Bangladesh is young. National development policies have ensured opportunities for youth skills development and job creation, resulting in youth involvement in decision making at the local level. SERAC-Bangladesh with the support from UN Democracy Fund and UN-Habitat is initiating urban youth councils at four city corporations of the country, namely Rajshahi, Rangpur, Mymensingh, and Chattogram under the Advancing Engagement by Setting Up Urban Youth Councils in Bangladesh project.

A project orientation meeting has been held in Mymensingh to form a city youth council to ensure ... 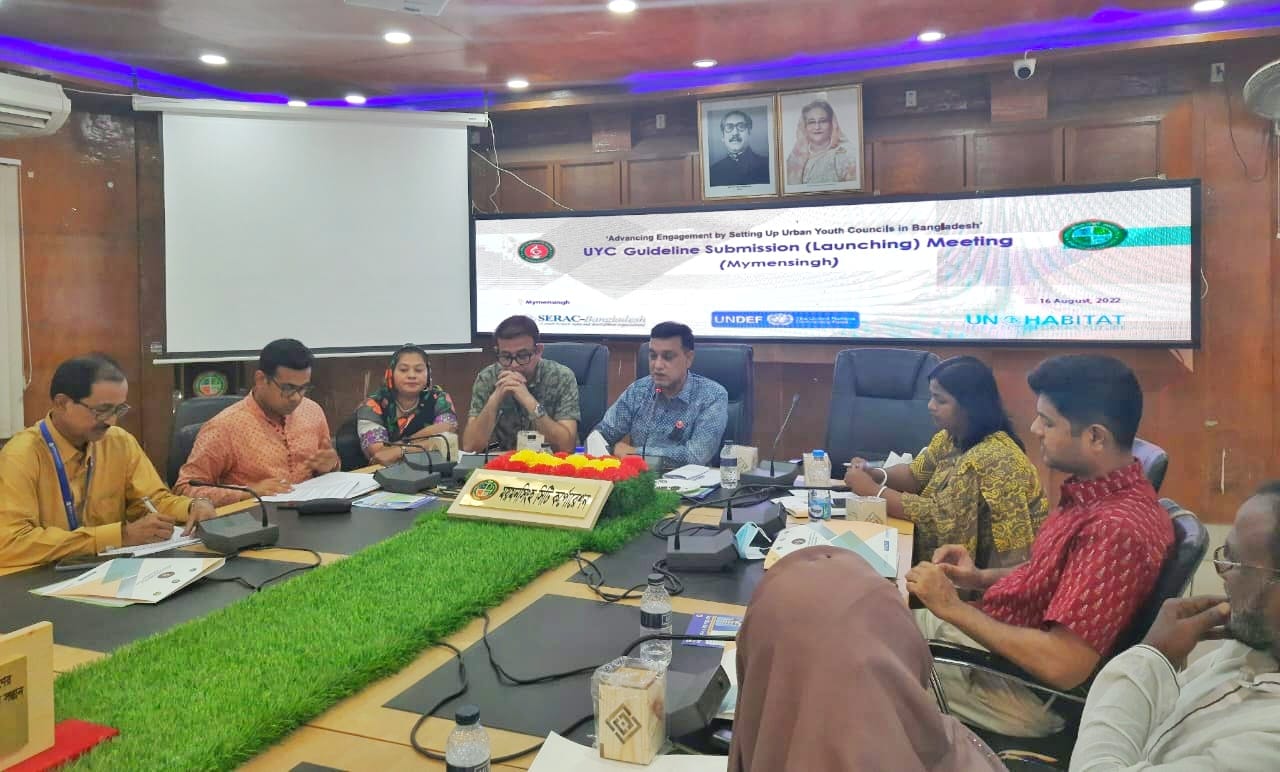 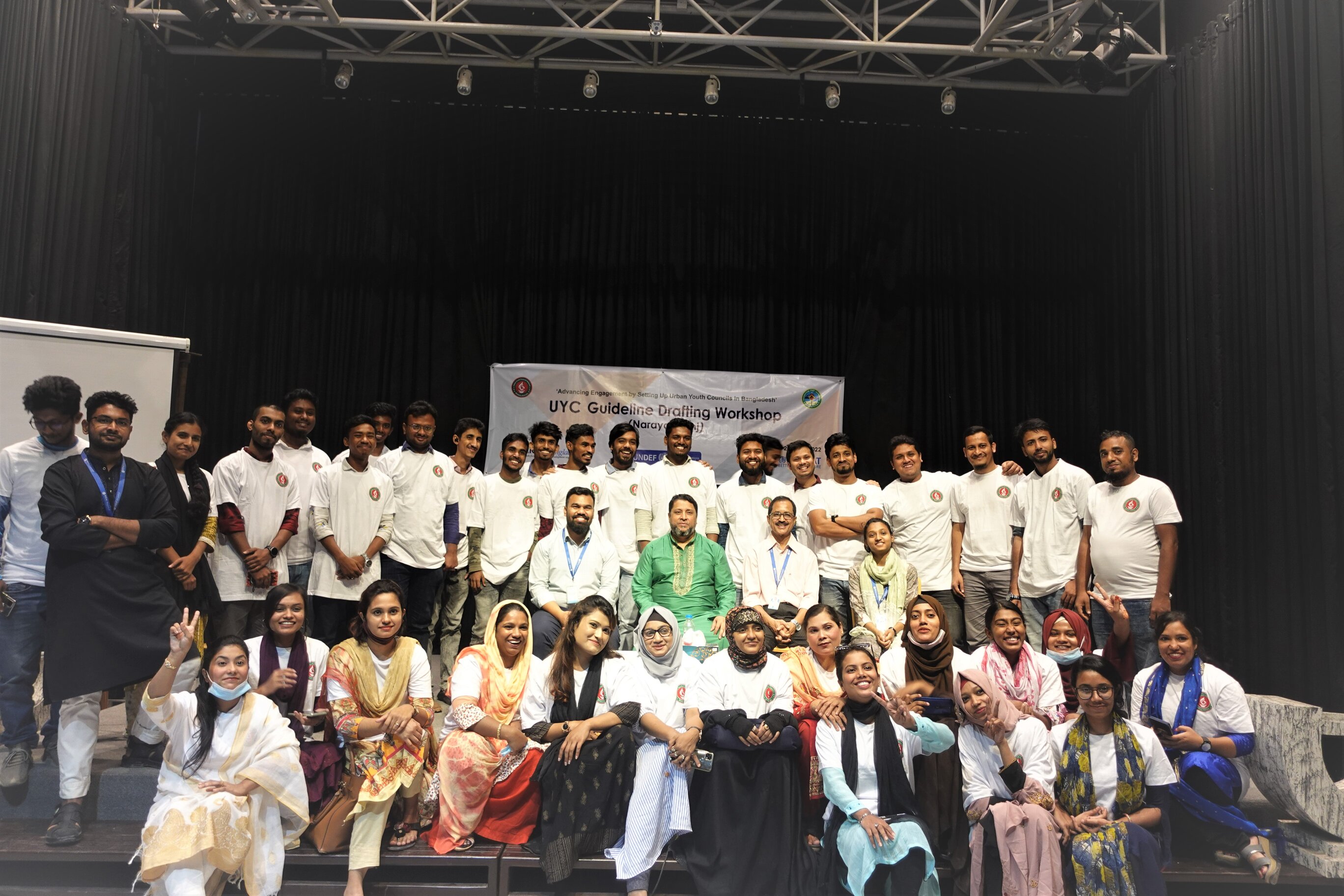